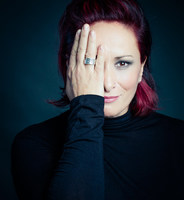 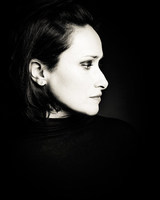 Ángeles Blancas´ continuous presence on international stages has earned her the recognition of being considered right now one of the best Spanish sopranos of her generation. Her impressive vocal, timbral and musical skills as well as her scenic gifts have made her an essential artist in many productions of the actual opera scene.

The evolution of her voice has opened new fields within her repertoire. She debuts as the Queen of the Night in Mozart´s "The Magic Flute" and covers the whole light repertoire in the first years of her career: Mozart, Donizetti, Rossini, Bellini, Monteverdi. Later she explores new paths with Verdi which progressively leads her towards Verism with Puccini, Mascagni, Cilea and Leóncavallo. At the present, her career is focused on Central European composers from the end of the 19th century and beginning of the 20th century. Her recent debuts in Leoš Janáček´s operas as "Emilia Marty" in "Věc Makropulos" and as Kostelnička in "Jenufa" or in Richard Strauss´ "Salomé" have been a turning point in her career. Besides opera, she has also developed her concert and recital repertoire from Brahms, Schumman or Mahler to Messiaen, Vaughan Williams, Richard Strauss, Sibelius or Kurt Weill.

In 2019 she´ll play the role of "Goneril" in Reinemann´s opera "King Lear", conducted by Fabio Luisi and Calixto Bieito at the Teatro Comunale di Firenze. She will play the same role at the Teatro Real de Madrid in 2020.

We use cookies to enable the proper functioning and security of our website, and to offer you the best possible user experience.

You can customize your cookie preferences here. Enable or disable the following categories and save your selection.